December 7th – The electrical system, as I have mentioned, is an enormous project that affects a lot of aspects of the build. It is also something that really does not lend itself well to website updates; there isn’t a lot of difference between a picture of half a dozen wires running from a component, to another picture showing the completed bundle.

This doesn’t mean that there wasn’t a lot of work, head scratching and more than a few swear words involved in the process. With this in mind, I will post a series of pictures, attempting to show the process…

First, I attached the ELT, radio and two GPS antennae; the radio and ELT must be at least 3′ apart to prevent interference. 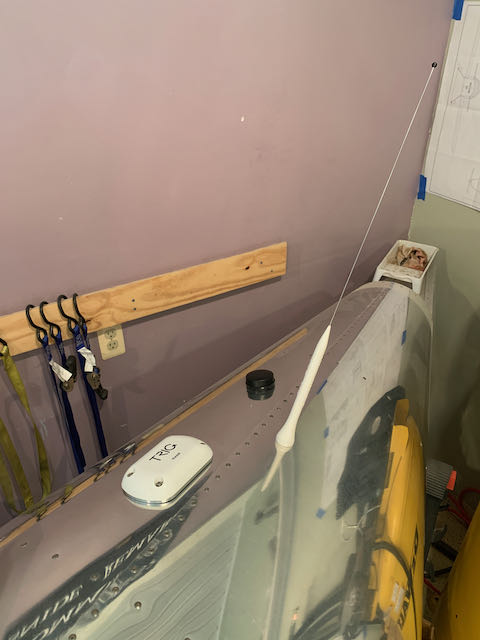 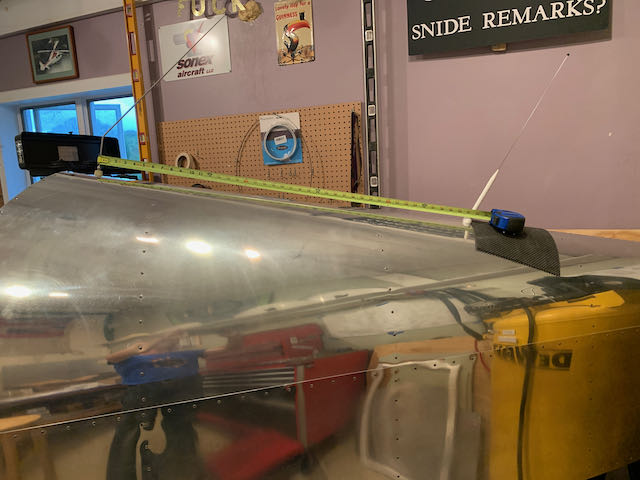 These then all get connected to the relevant boxes with coax cables. 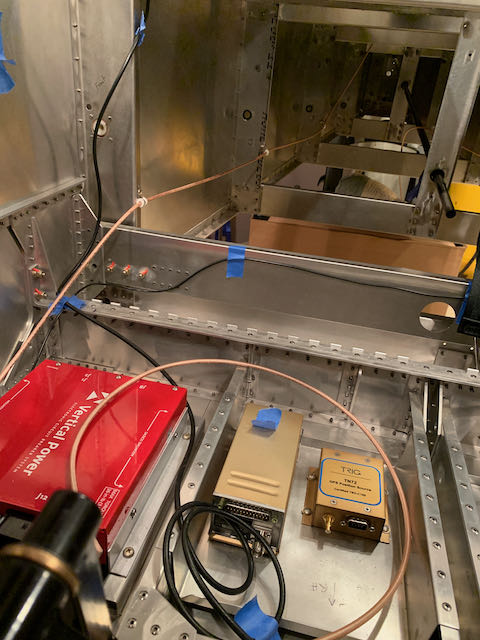 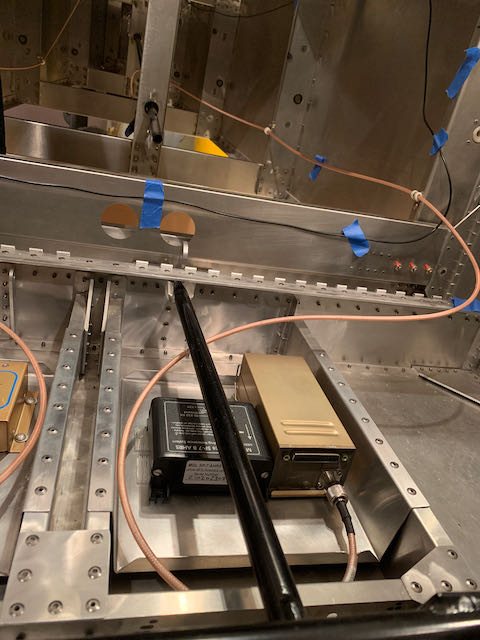 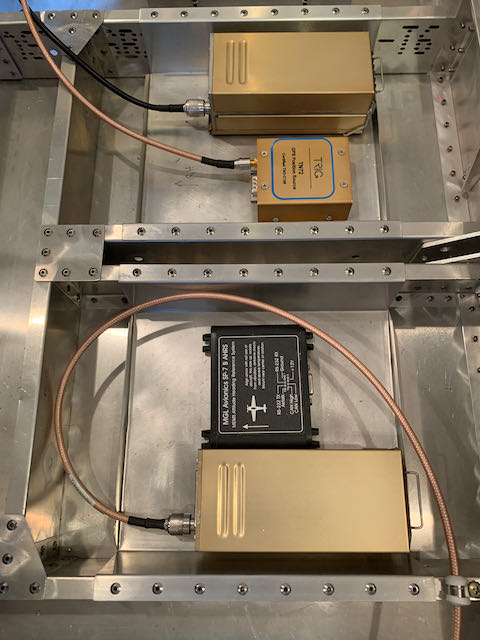 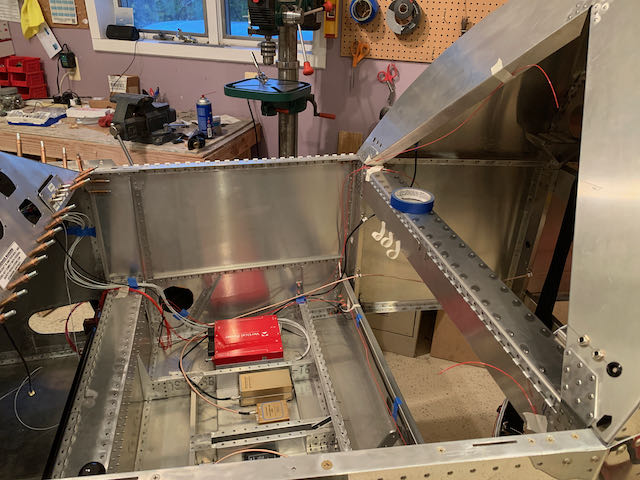 I started the wiring proper with the intercom system. There are conventional mic/tel leads  into which I then spliced in the necessary connections to run BOSE ANR headsets from aircraft power. This was my first experience of crimping, connecting, heat shrinking, solder splicing and all the other various techniques required to build a functioning harness. Plus, of course, many hours of head scratching to design and produce accurate wiring diagrams. 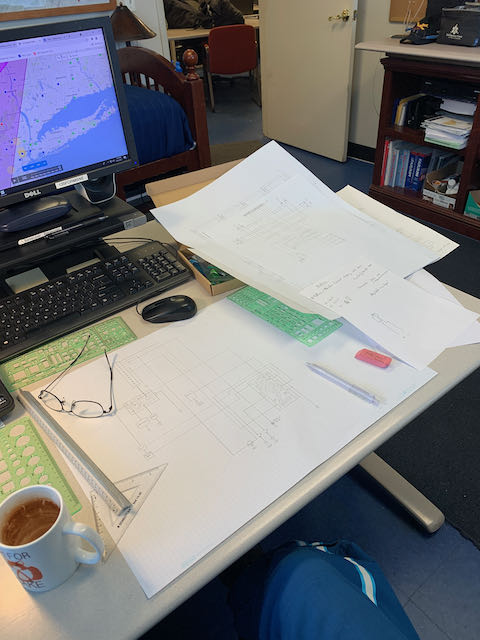 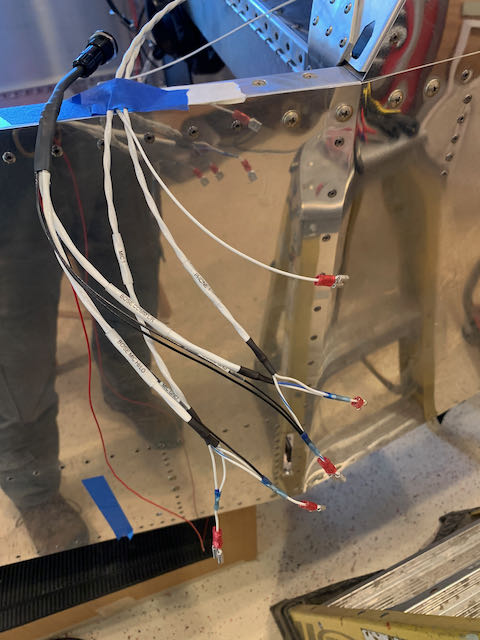 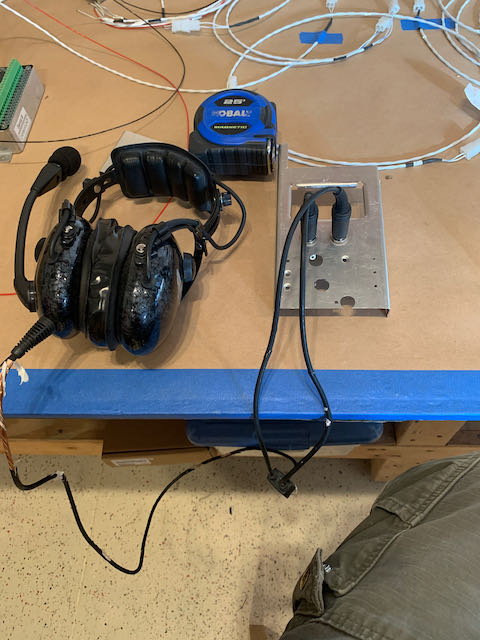 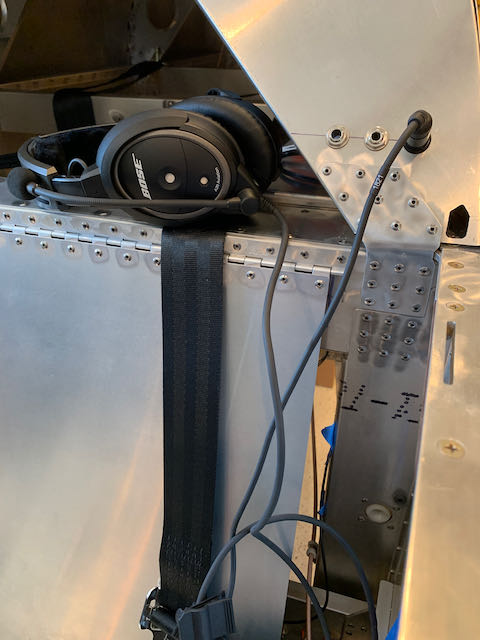 Next was the Flight and Engine Instruments. They are an integrated system of components that came with a basic wiring harness, so I hooked them up on the bench to see if everything worked. It did. 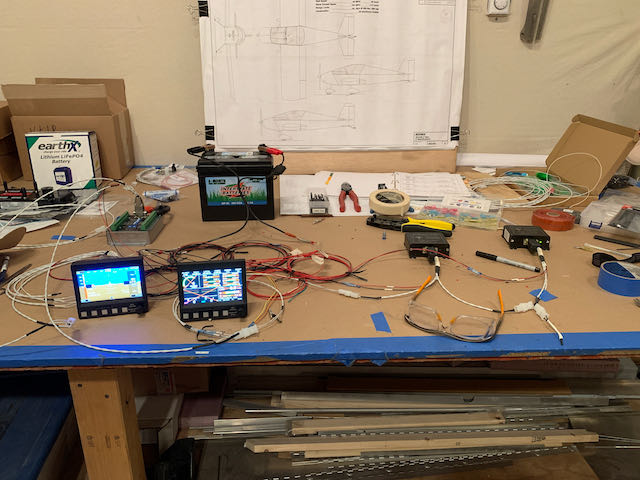 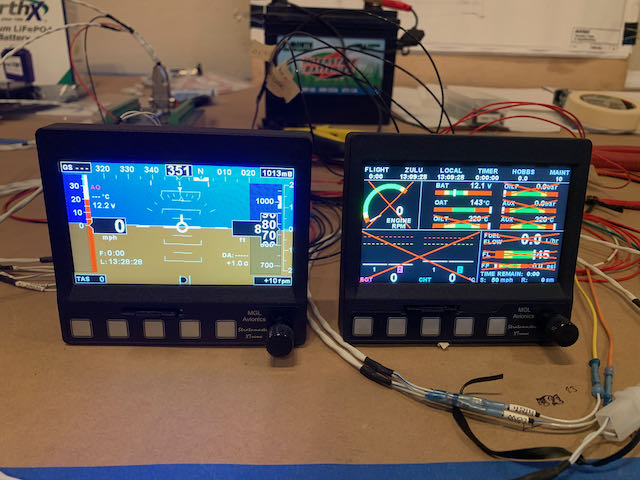 Next was to make all those wires fit neatly into the aircraft, while providing power where it needed to go, and making sure everything was adequately grounded. 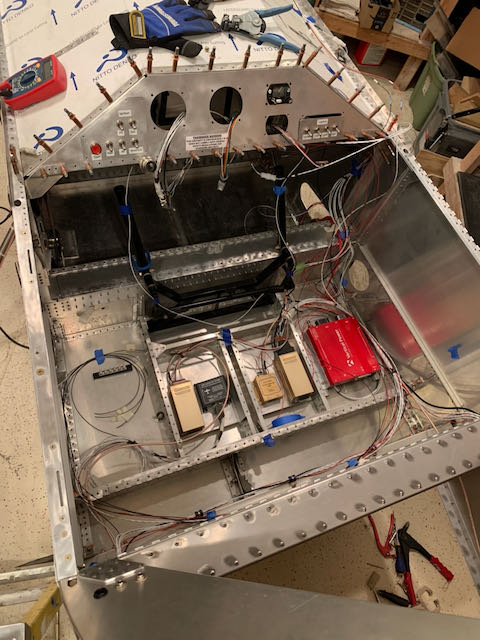 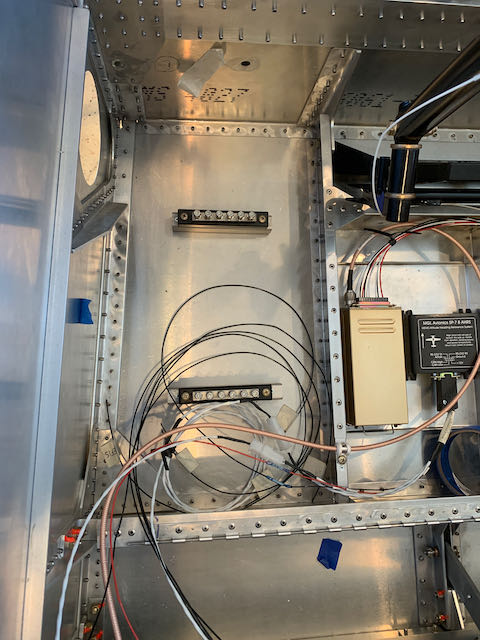 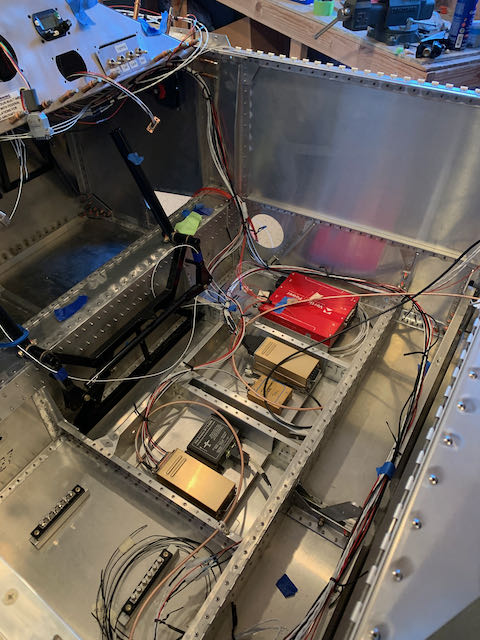 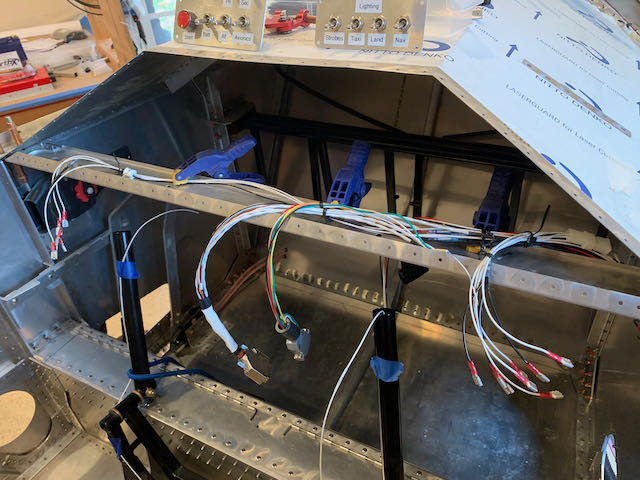 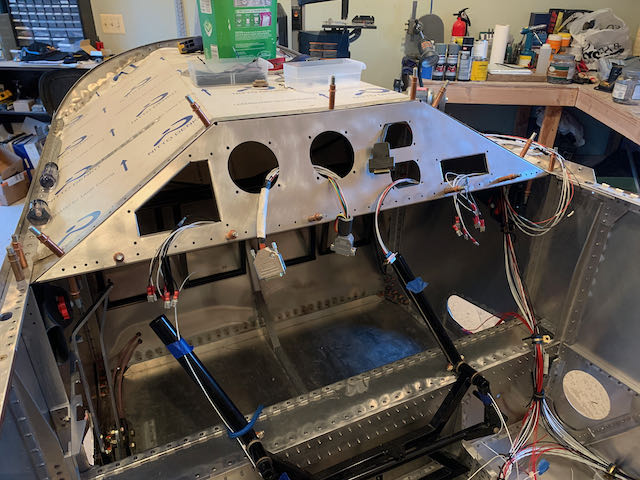 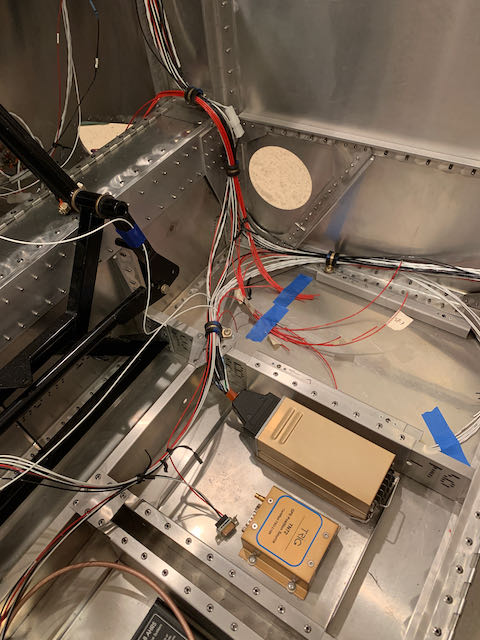 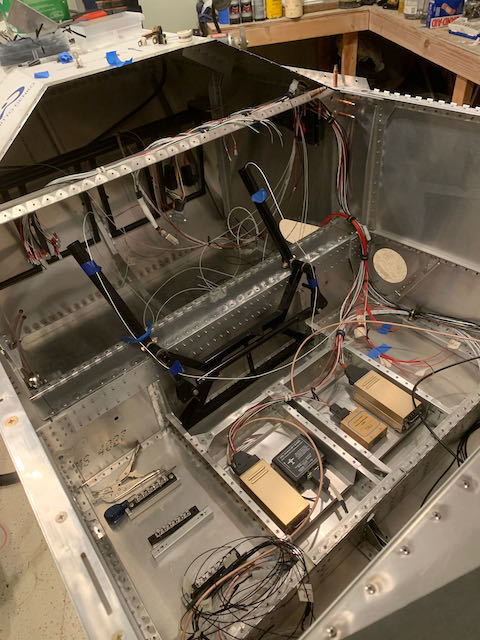 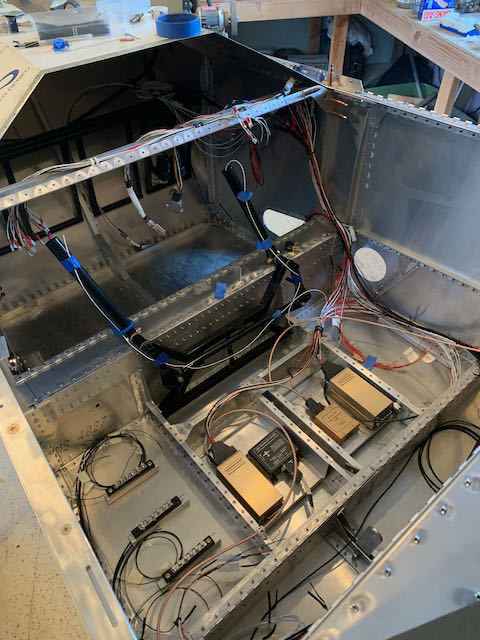 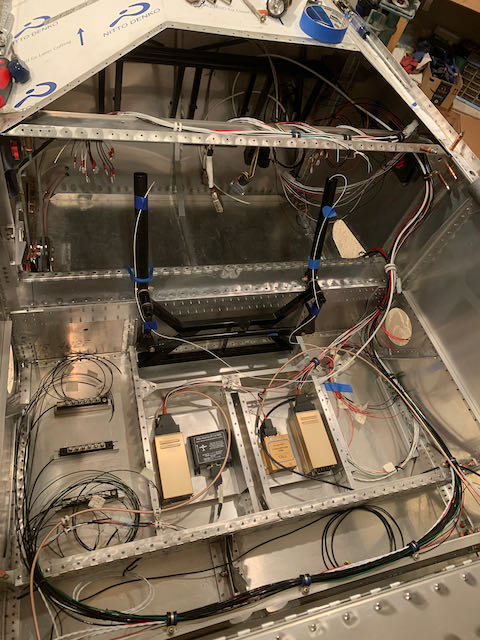 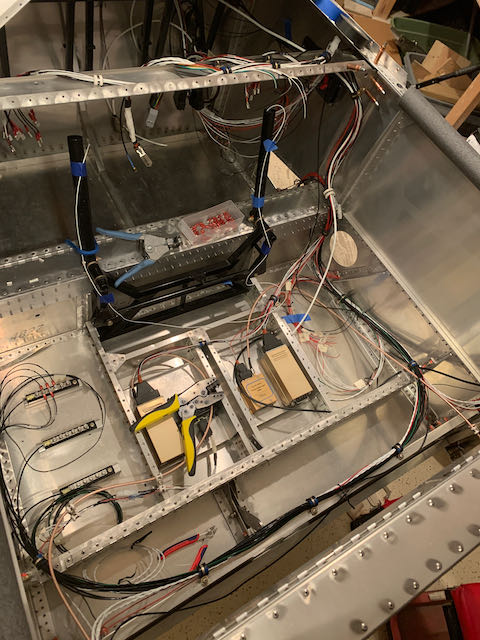 If that sequence of pictures look like a mess, that’s because it was. But, eventually, out of chaos came order. 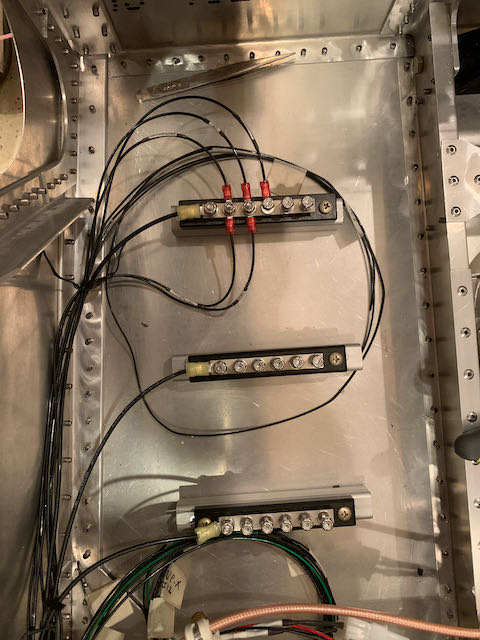 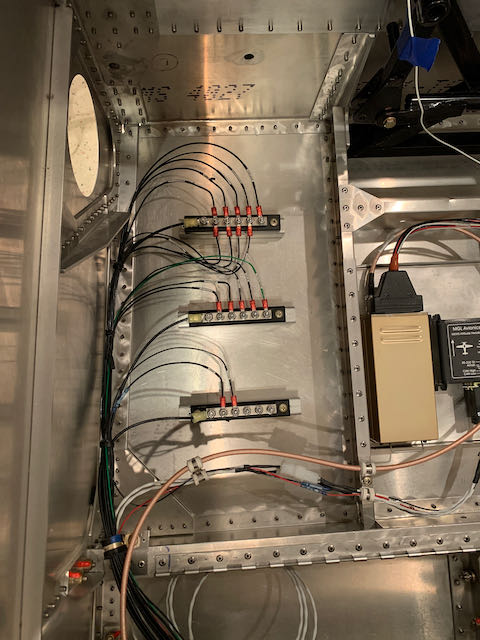 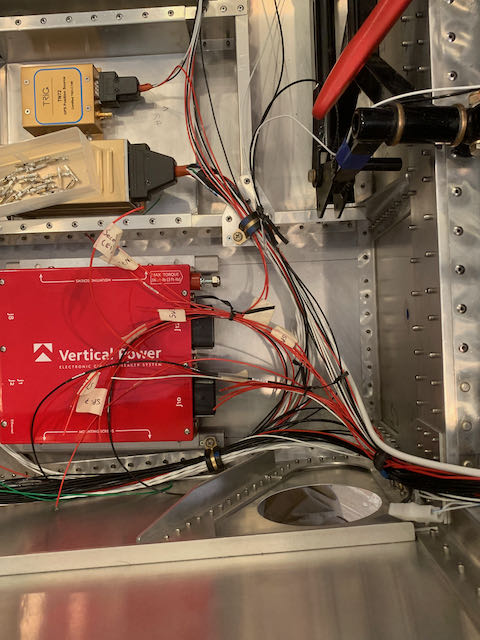 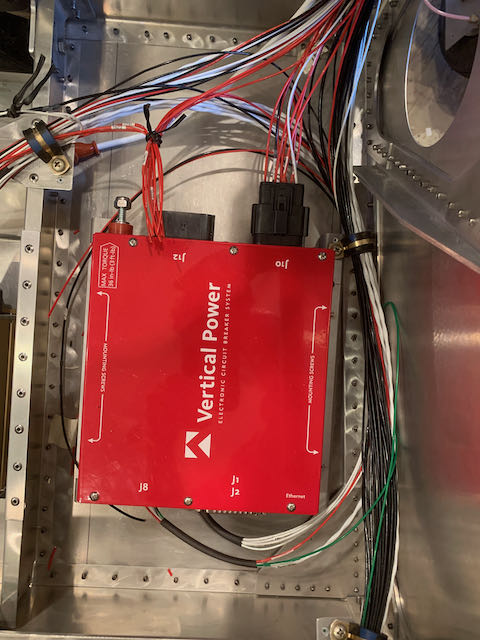 The Vertical Power unit controls everything via solid state circuitry and the software to run it is a Windows program. As I use a MacBook, I bought a used PC laptop off Amazon and then configured the VP-X. The only thing left was to hook everything up to see if it would work. 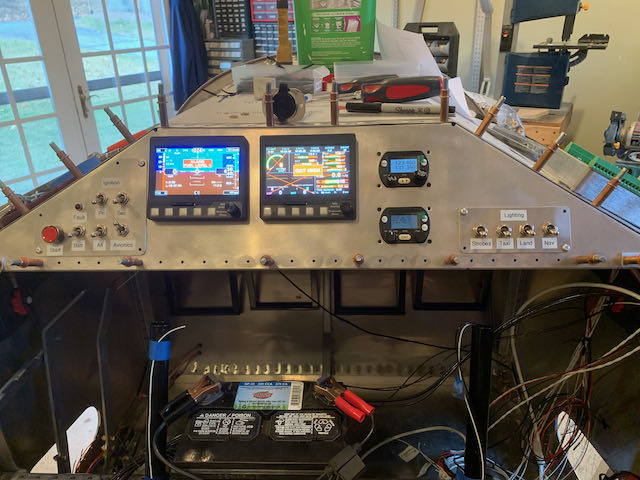 You can see in the right side of this picture that there is still quite the rat’s nest of wires. They are all part of the ‘Firewall Forward’ electrical system that connects the avionics with the power production part of the equation.