September 17th – When I was first working on the layout for the instrument panel, I moved some components around to provide room for a couple of eyeball vents that are fed by tubing coming from a hole that is cut in the fuselage skin; these vents take up a lot of real estate in the panel. Another of the goodies that I got from Peter Anson in Australia are a pair of 3D printed vent fixtures that mount directly to the skin. I reckon that if they can keep you cool ‘Down Under’, they should work just fine up here. 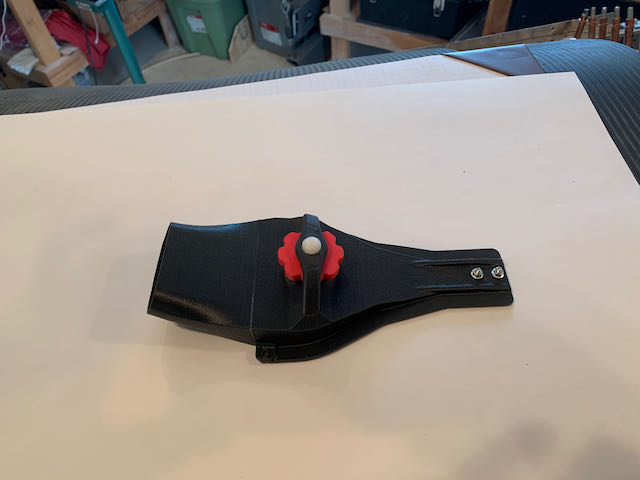 I used the supplied drawing to get an idea of it’s location and taped the pilot side vent in place. 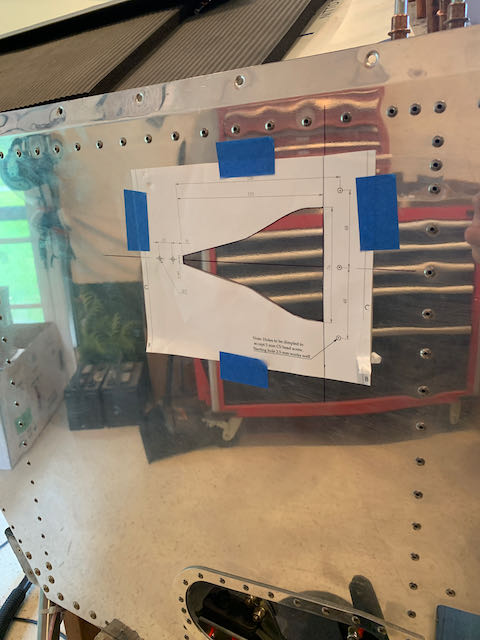 Marked on the outside… 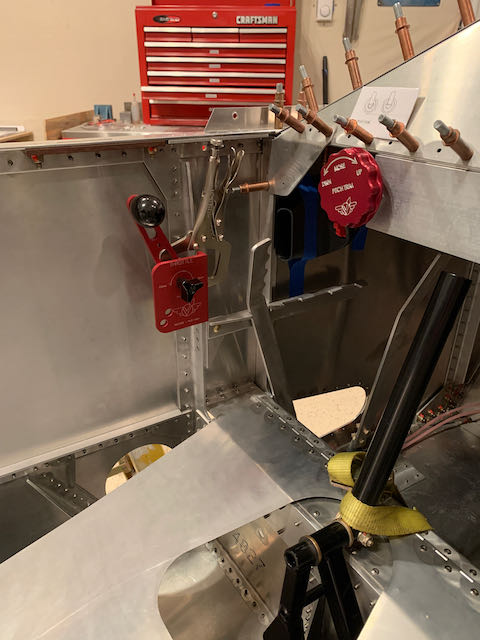 …taped on the inside.

It all seemed good, so I broke out the step drill and made some holes in the side of my nice shiny airplane. Once the rough opening was done, it was on to the Dremel tool, files and sandpaper. The vent was then clecoed in place to check function. 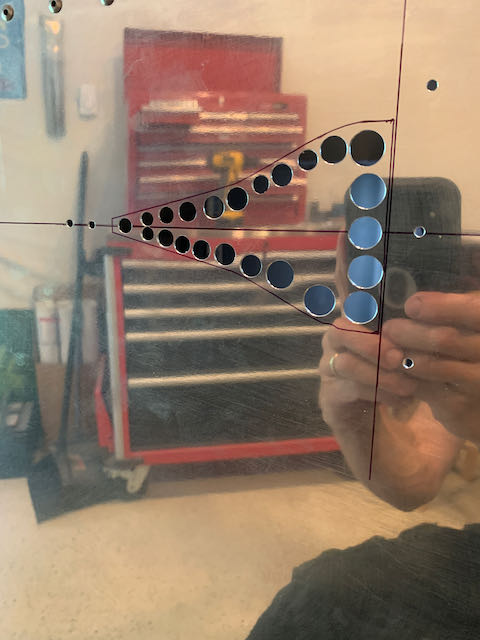 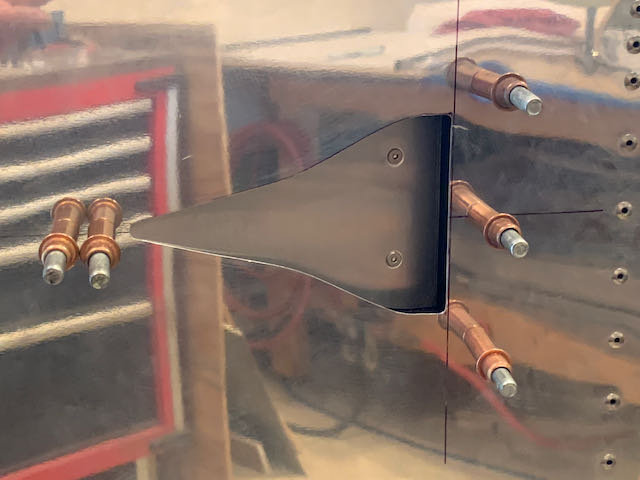 It fit well, if a little close to one of the vertical angles, but a little work with a file had it sitting nicely on the inside too. There’s going to be a lot going on in this particular part of the cockpit so I clamped the throttle and trim wheel in place to get an idea of how it all works together. 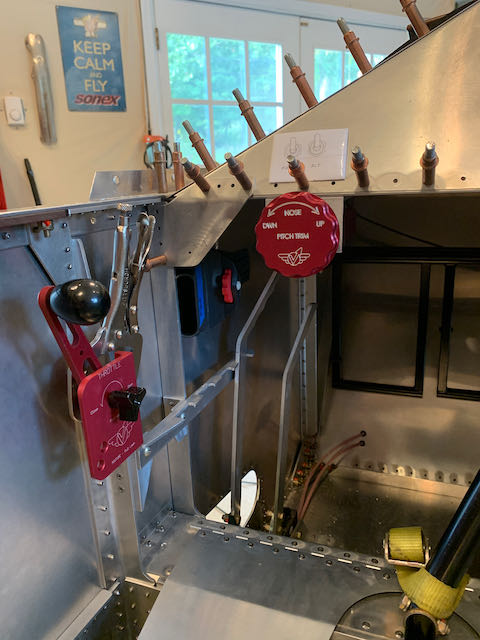 One thing became quickly apparent; the flap lever is too close to the vent. I started off with the easy fix of just bending it a bit more. As things get more finished in the area, i.e. when all the wires and cables are run, I may have to readdress this issue and make a new shaped handle. 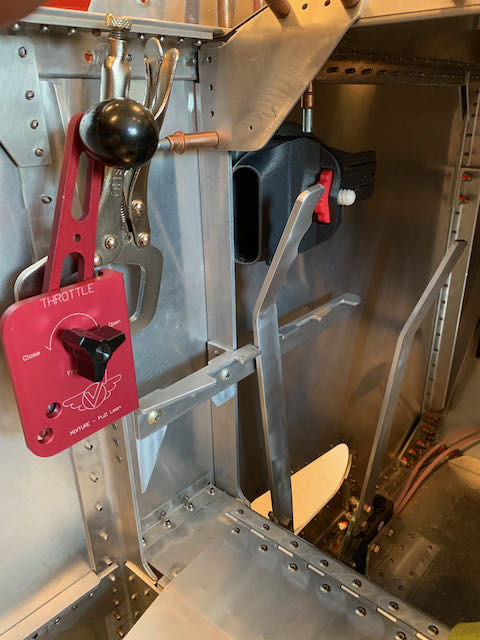 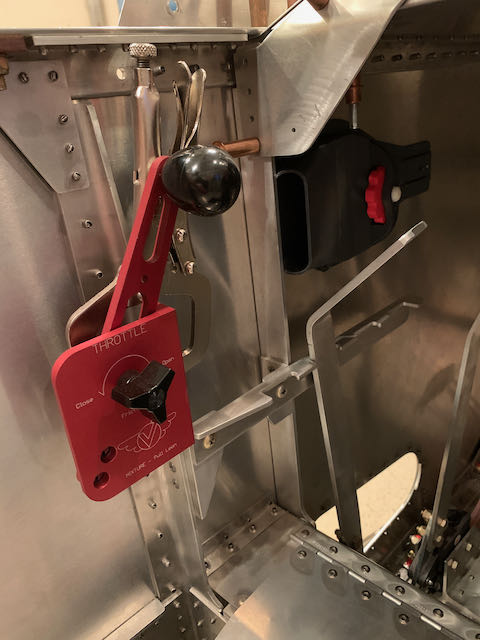 The passenger side doesn’t have as many things in the way, I moved the location forward by 1/4″ to give a little more clearance and went ahead and mounted that one too.

I am running out of major things to do; there are two ‘biggies’ to go, wiring and the engine. Still no sign of the engine parts though and when it is made up, it will require that the engine instrumentation is complete to monitor it’s operation. So, with that in mind, I am going to attack the wiring project. I’m going to start with the lighting as it seems the simplest of the systems and work up to the more complex stuff. 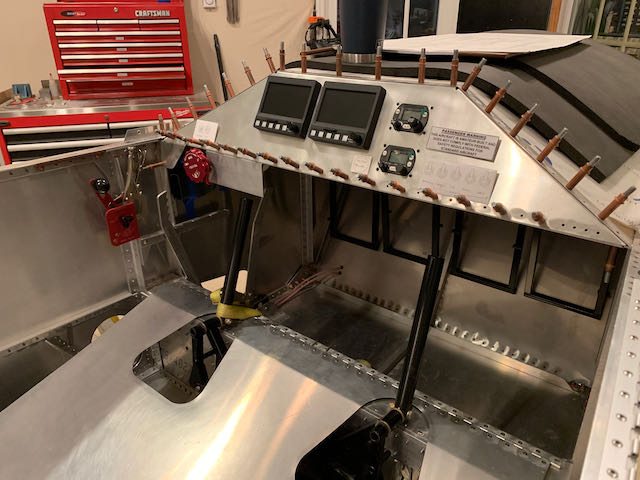 I also got a letter from the FAA authorizing me to get my Medical back, so the pace of progress is going to slow down some as I go back to work.