August 8th – Sanding and cutting fiberglass was pretty miserable in the shop at this time of year, even with the doors wide open and the fan going full blast, temperatures were into the 90’s, so I ordered up a through the wall air conditioner unit. 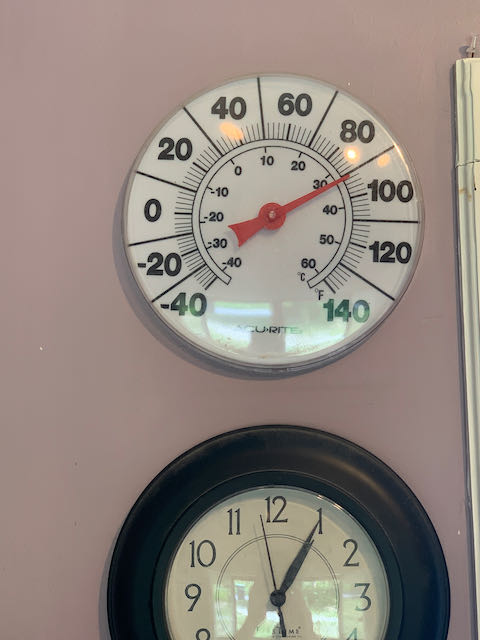 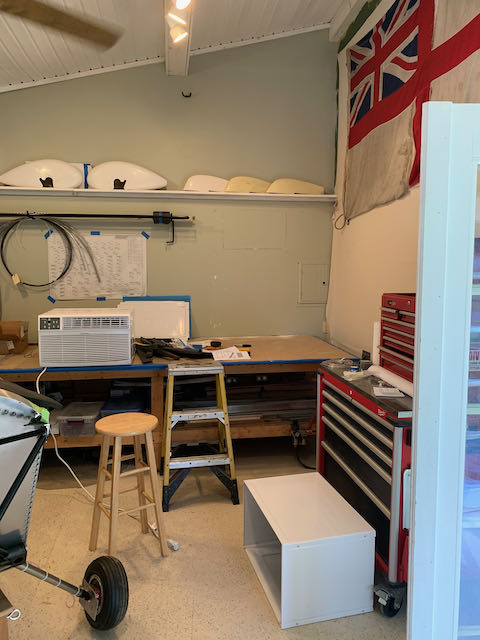 It was a relatively simple matter of cutting a hole in the wall, installing a sleeve, and then hanging the unit. 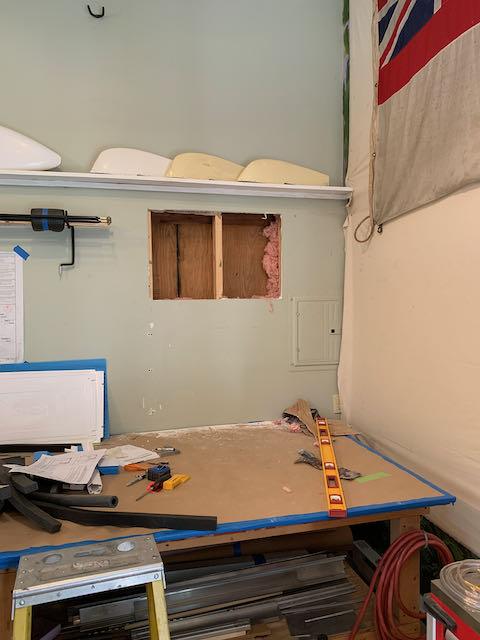 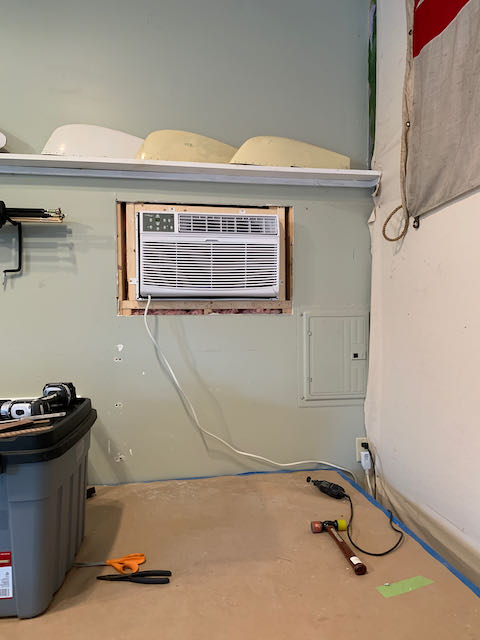 It’s probably a bit small, but it will hold the temperature down enough to make life a bit more comfortable.

I ordered pretty much everything that I need to finish the build; some items drop shipped direct, some I ordered through Aircraft Spruce and I made a road trip out to the Mother Ship in Oshkosh and picked up the engine kit. 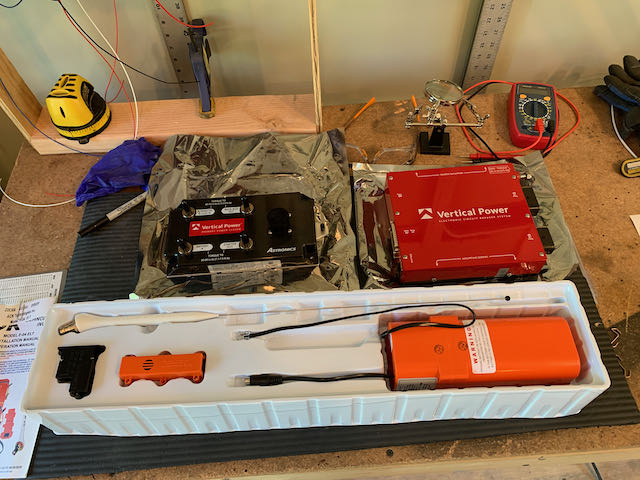 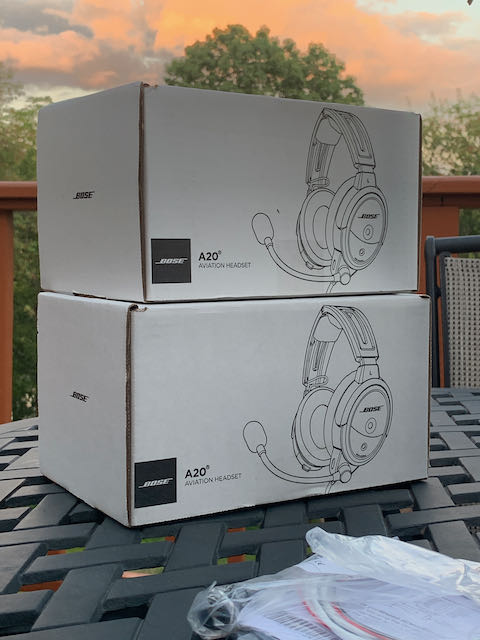 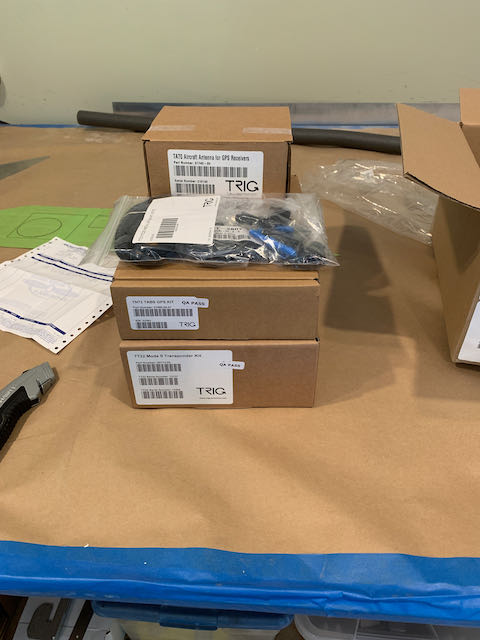 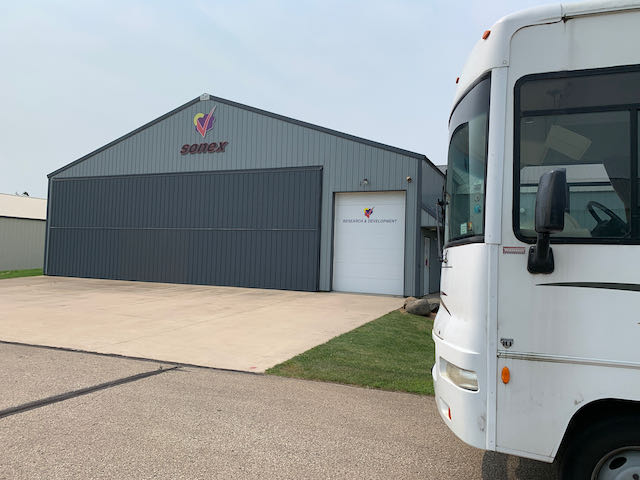 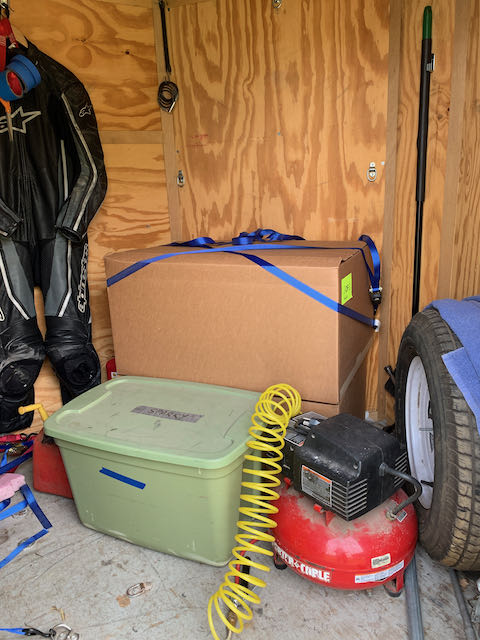 …to load the trailer… 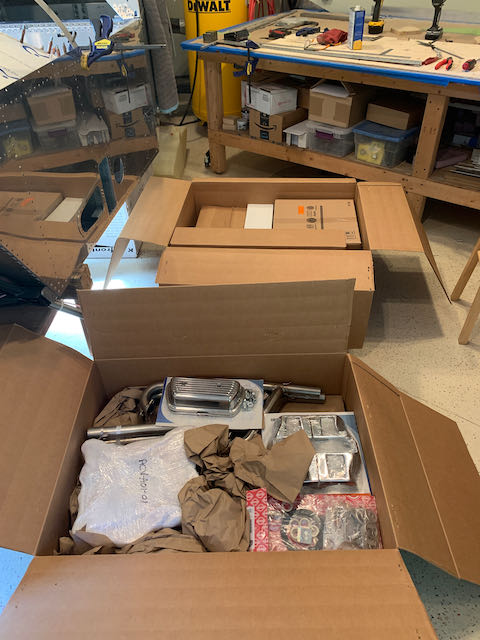 Some of the engine parts are on backorder, and I need those parts fairly early in the engine assembly, so, after being inventoried, the boxes have been stored away and I’m going to move on with the next part of the build.